Welcome to Studio 8 Residences. Whether its for work or play we have you covered with Sydney’s latest accommodation offering, incorporating seamless design with functionality and style. 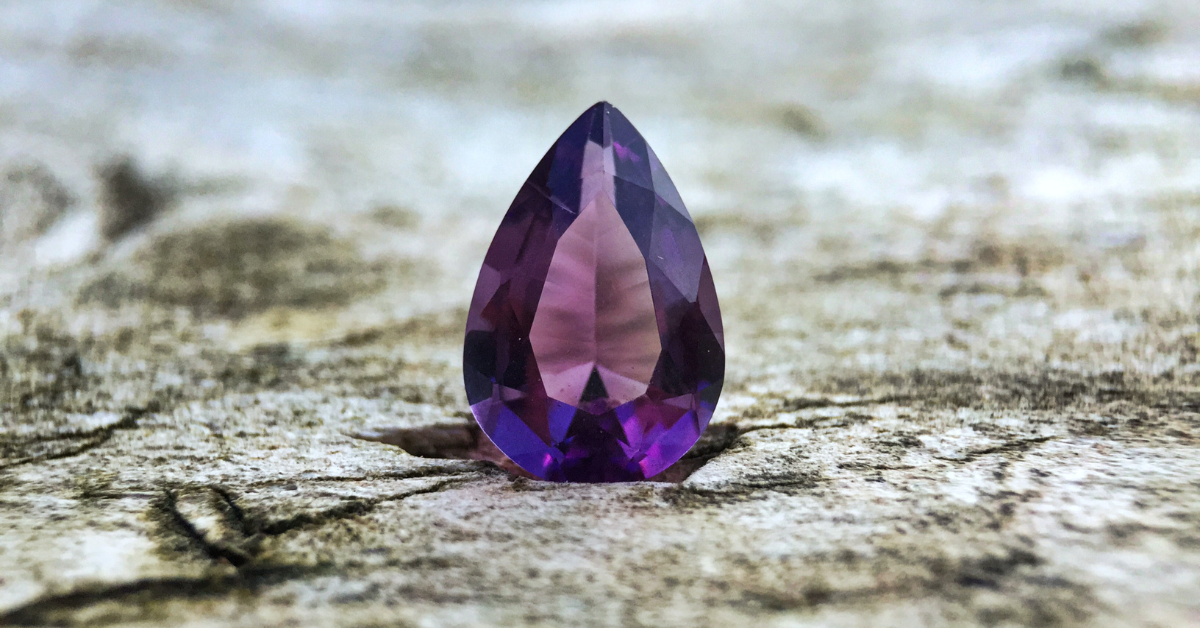 Top 5 Hidden Gems to Visit While Studying in Sydney

You’ve made the decision to study in Sydney, whether as an international or domestic student, which welcomes a world of new opportunities and adventures at your fingertips. Sure, you know that the Sydney Harbour Bridge, Opera House, and Bondi Beach are all worth the trip, but if you’re looking for some unspoiled locations that don’t have the same tourists lingering around, we’ve found the top 5 hidden gems in Sydney for you. No matter where you come from, these locations should be on your Sydney bucket list and won’t let you down in your exploration of this beautiful city. 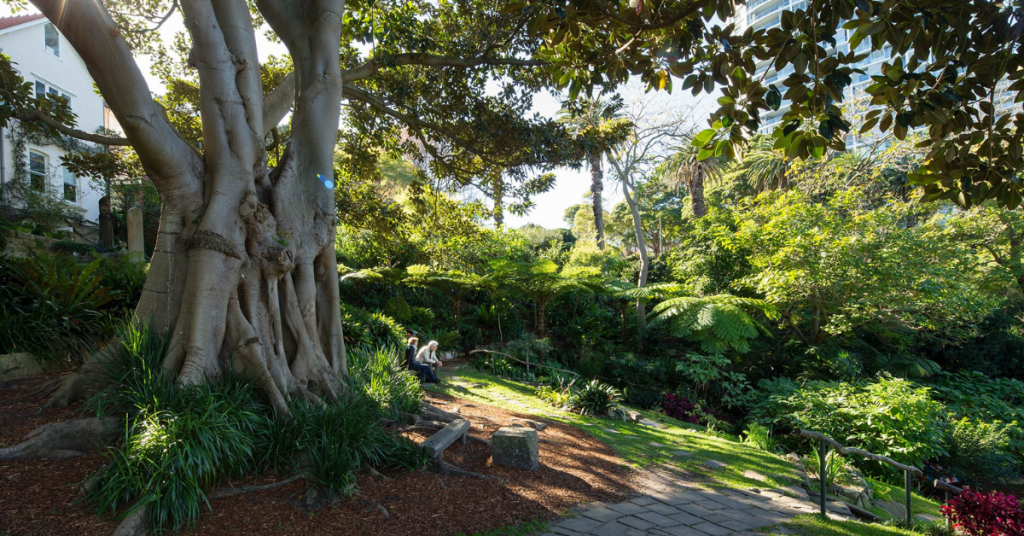 Back in 1970, Wendy and her renowned artist husband, the late Brett Whiteley, set up their family home in Lavender Bay. They lived there for two decades and Brett painted many of his iconic Sydney Harbour pictures in the house.

Brett’s death in 1992 led to grief-stricken Wendy to search to regain control in her life – to clean up a mess that she should clean up. She found herself obsessively attacking the piles of overgrown rubbish on the large land-filled valley of unused railway land at the foot of her house.

She hurled herself into this site, hacking away at vines and clearing up dumped bottles, rusty refrigerators, rotting mattresses, labouring until she was too exhausted to think or feel, then collapsing to sleep every night. She never asked any authorities for permission and no one told her to stop – so she kept going.

As she cleared the site, she began creating a garden much like that of a giant painting. Rather than being horticulturally inspired like most gardeners, she was inspired by aesthetics, colour, form, beauty, and whimsy, much like her husband’s art.

After facing loss again in 2001 when Wendy lost her only child and greatly loved daughter, Arkie, she hurled herself into the daily garden toil with even more ferocity.

Now, this garden is available to explore to visitors. It holds a great amount of native and exotic shrubs, towering trees and tasteful herbs, on top of a collection of birdlife that has fallen in love with the Garden. But it’s appreciated today for its incredible story of grief turned to magic.

The Kokoda Track Memorial Walkway is an almost 1km long memorial walking path between Rhodes Station and Concord Hospital. It was officially opened in 1996 as a tribute to the Australian troops who fought in Papua-New Guinea in 1942 during the Kokoda Track campaign.

The Walkway has 22 information stations or plaques along it, with audio-visuals included. Each describes a significant place or engagement of the campaign which serves to provide education and memorandum for what took place back in 1942.

The centerpiece of the walkway is a circular area marked by a set of granite walls which have large photographic images of the campaign sandblasted on them.

Each year, the Walkway hosts a number of commemorative events, but is an excellent option for taking a stroll along if you’d like to experience the heart of Sydney. 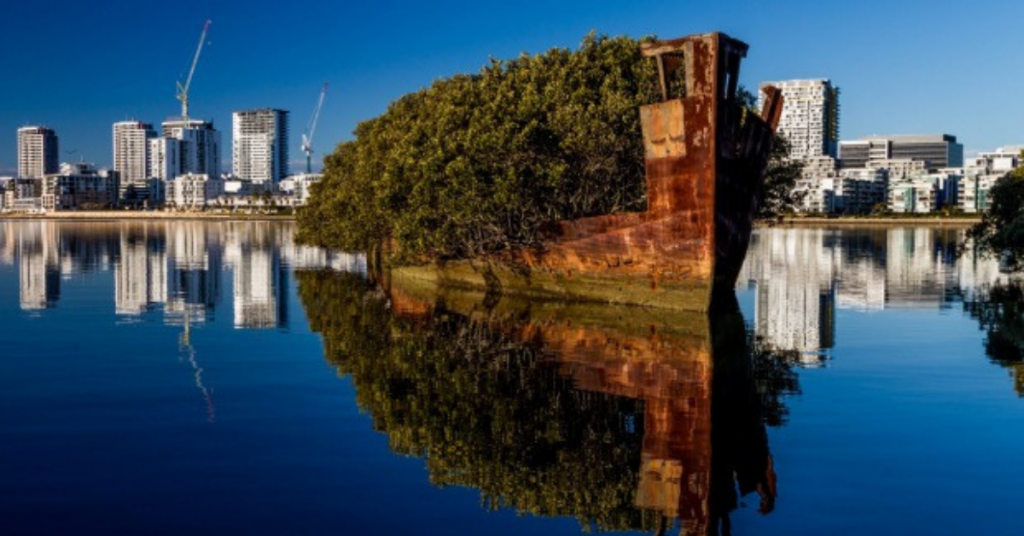 The shipwrecks of Homebush Bay are one of the most beautiful hidden secrets in Sydney. There are multiple shipwrecks in this bay, with the most photographed being the SS Ayrfield. It appears to be the final resting place of several shipwrecks that were once a part of the old shipwreck yard, where they were decommissioned and disposed of.

Nature is taking over these wrecks, leaving Sydney with a popular photography location. The best way to get there is to walk along the Waterbird Refuge in Sydney Olympic Park to The Promenade in Wentworth Point.

The five shipwrecks are:

And it’s definitely worth exploring them all!

Although this hidden gem is quite a large structure in the Olympic Park, a lot of people in and around Sydney still have never heard of it or been to it.

It’s an elevated circular walkway built above a large pond where a flourishing brickyard was once located. The endangered Green and Golden Bell frogs were discovered at the site in preparation for the 2000 Summer Olympics and it was then transformed into a water storage and frog habitat.

Years following, the walkway was built to allow visitors access to learn more about the current and historic use of the site. It’s 550m in circumference and is raised 18.5 metres above the sandstone floor of the Brickpit.

If you’re willing to have an adventure, the Knapsack Viaduct in the Lower Blue Mountains is an impressive gem to explore. The sandstone arch bridge is an incredible piece of historic engineering, quite literally hidden from plain sight. 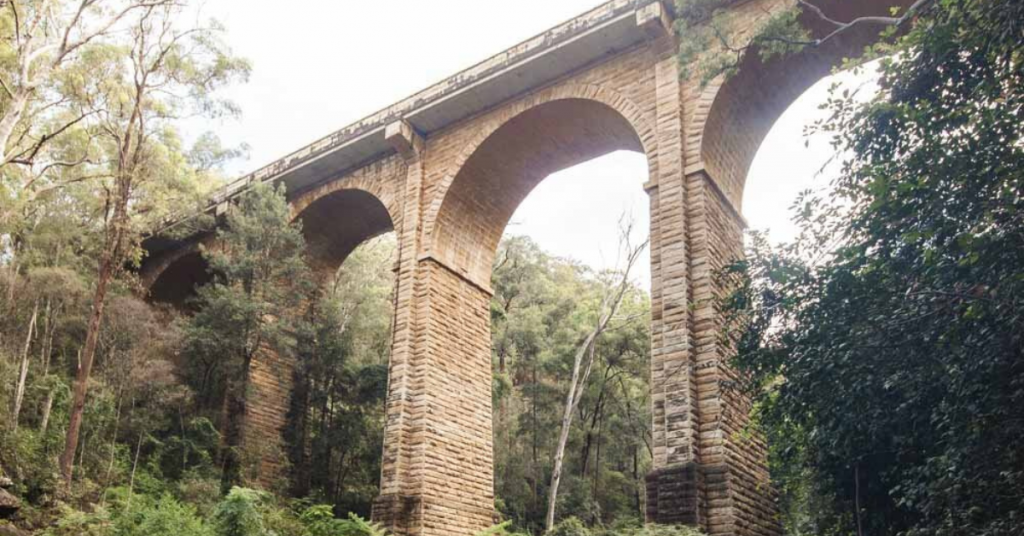 When construction began in 1863, this viaduct was the largest in Australia: 118m long and 36m high, with five spans of 16m and two of 6m. It was built as part of the Lapstone Zig Zag railway between Emu Plains and Blaxland train stations, which is also worth checking out. It was the first full zig-zag constructed on any main-line railway anywhere in the world.

The railway closed back in 1892 but the viaduct and other relics are still there today and can be discovered by exploring the walking track. In fact, there is a network of walks and mountain bike tracks in the area, including lookouts and the historic Lennox Bridge on the Macquarie Pass.

It makes this hidden gem a perfect day-out and an excellent way to enjoy a touch of history, engineering and nature, all in one trip.

There really are just so many hidden gems to explore throughout Sydney. On top of the usual tourist attractions, Sydney is beaming with things to do and places to explore – your options really are endless. We hope this list of the top 5 hidden gems to explore while studying in Sydney will help you make the most of your stay and will inspire you through your studies and all the great things you’ll go on to achieve.

If you’re ever looking for more advice on places to travel, how to get there, or just a guide to Sydney, our lovely receptionists at Studio 8 are always happy to help. Contact us today or book a stay to chat to the friendly-faces behind the desk once you check-in!

You don't have permission to register